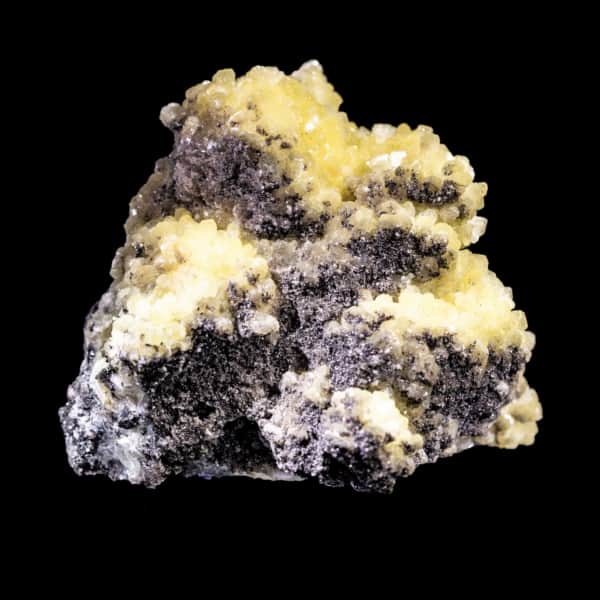 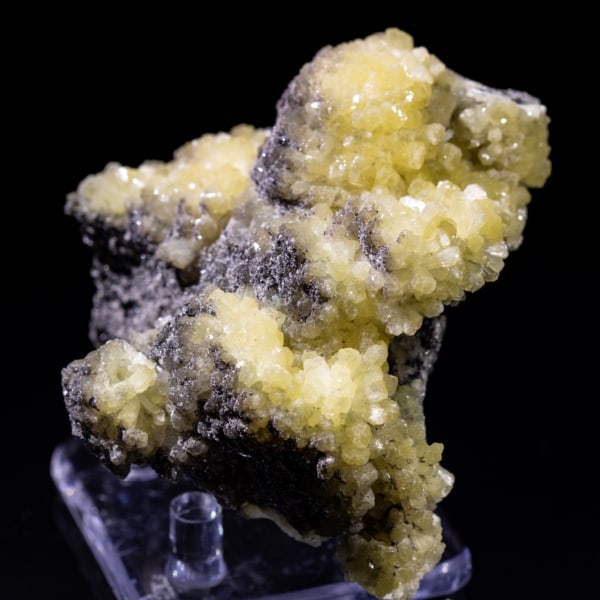 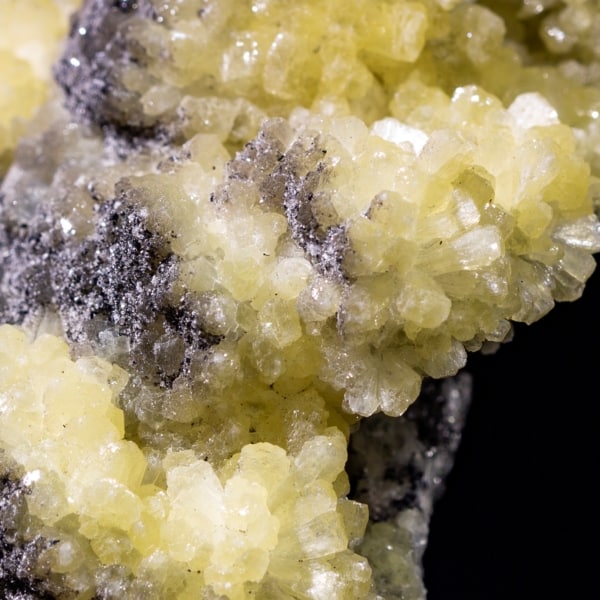 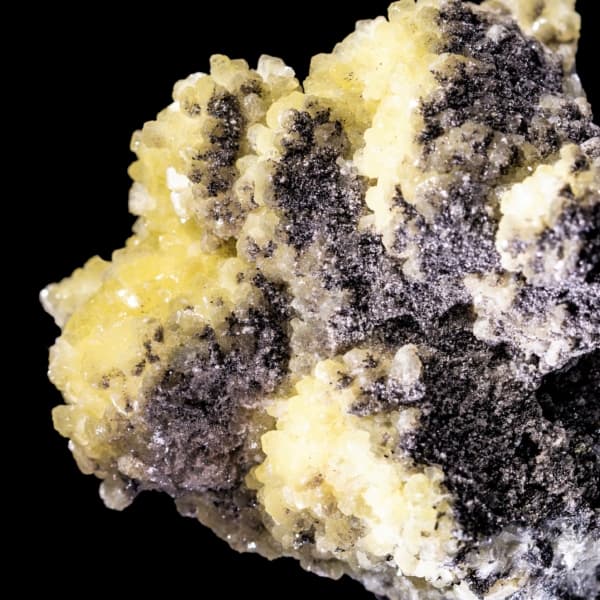 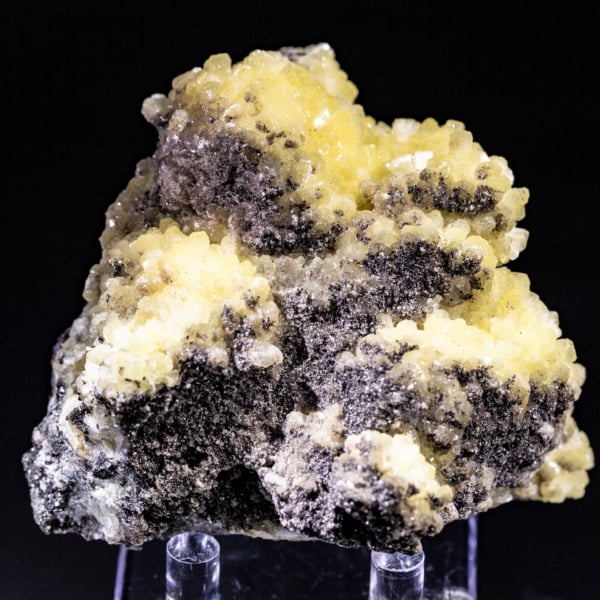 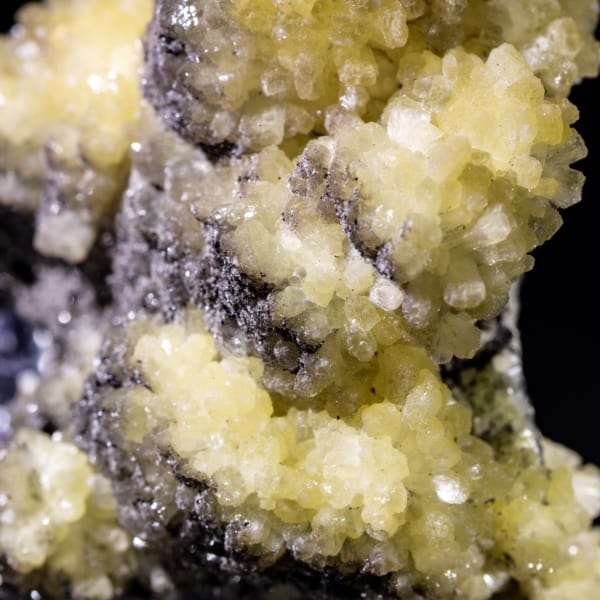 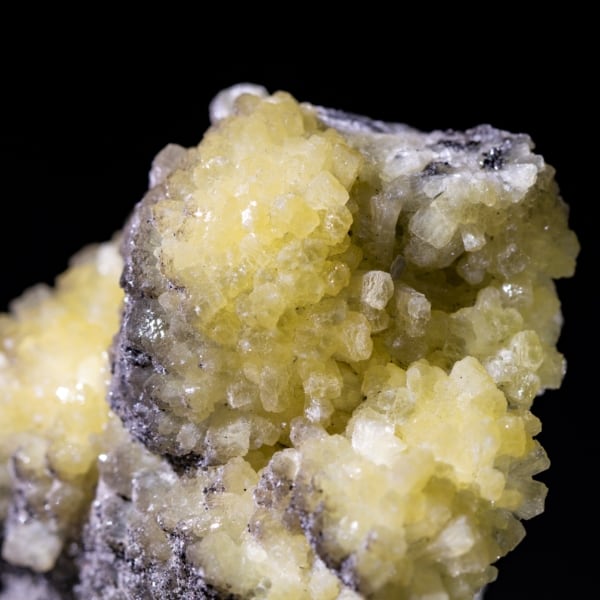 Yellow, flat topped and lustrous stilbite is partially and preferentially covered with small metallic crystals in gray to black. The stilbites are gemmy and organized roughly into hemispheric meta structures. They are preferentially covered by tiny crystals and drusy on the bottoms giving a striking contrast (almost a dramatic shadowing) to the piece. I have seen this drusy described as pyrite, magnetite, and epidote. Under the microscope, I see both pyrite and magnetite (and some are iridescent) along with drusy stilbite crystals. I did not see epidote crystals on the areas I checked. While Malmberget is most famous for its gem and twinned calcites, these stilbites are quite different from other areas and really rare on the market today.