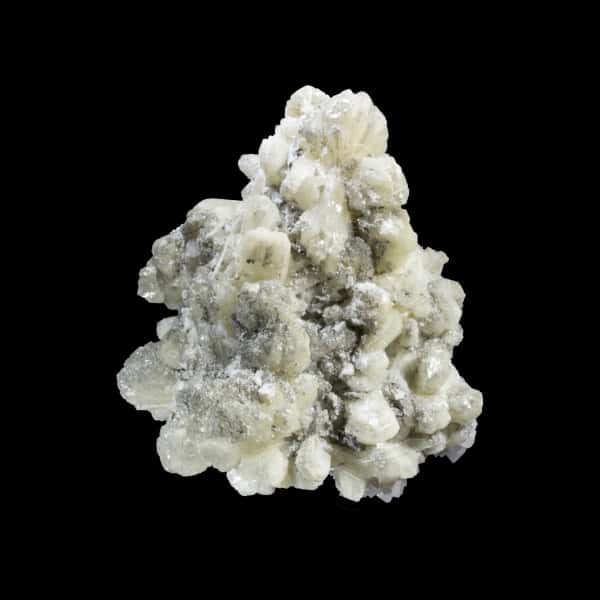 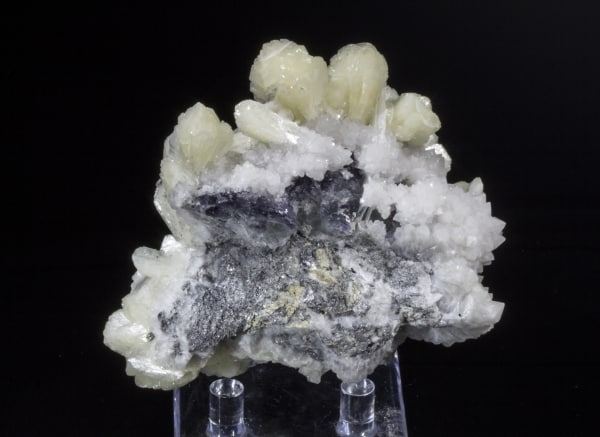 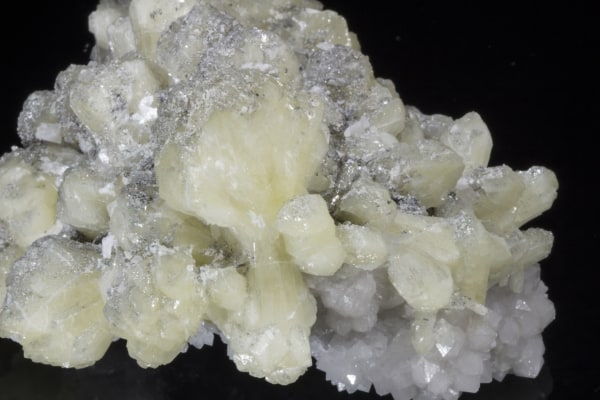 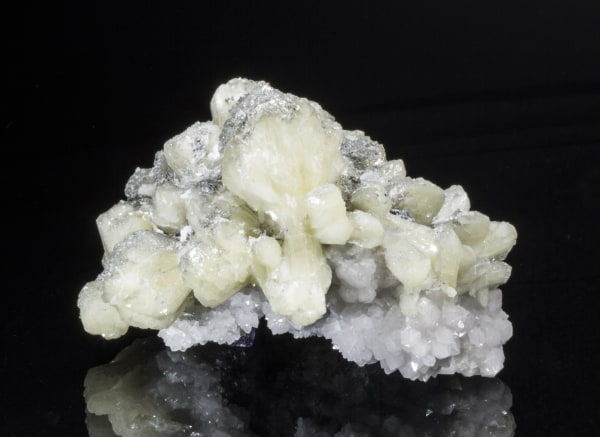 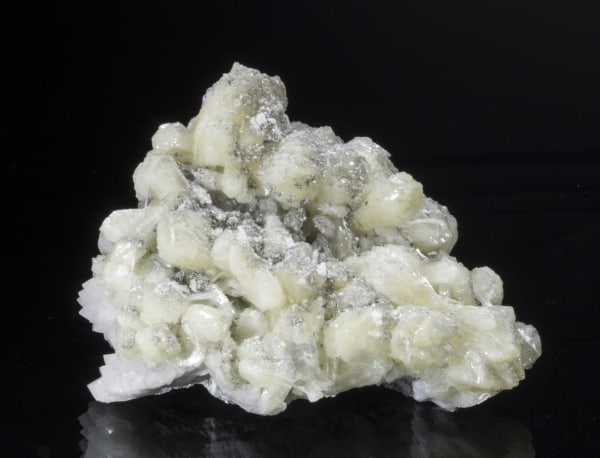 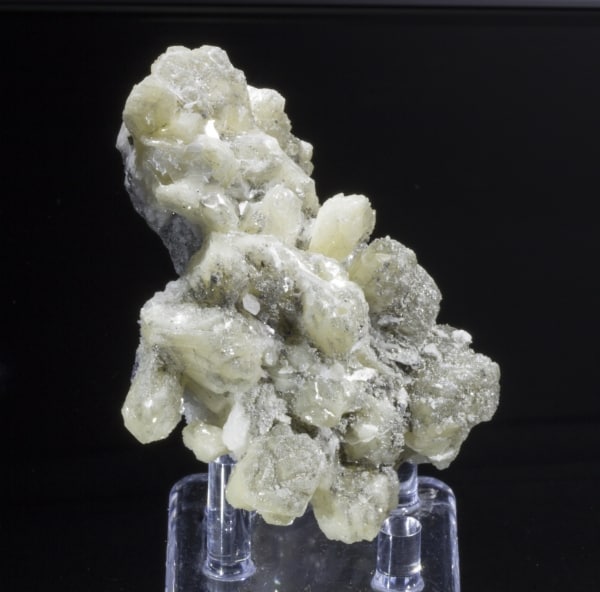 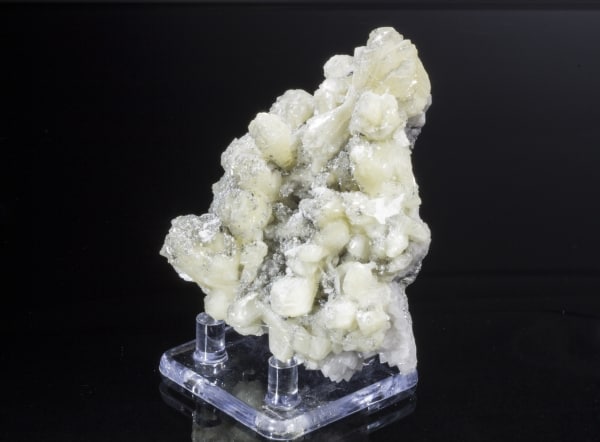 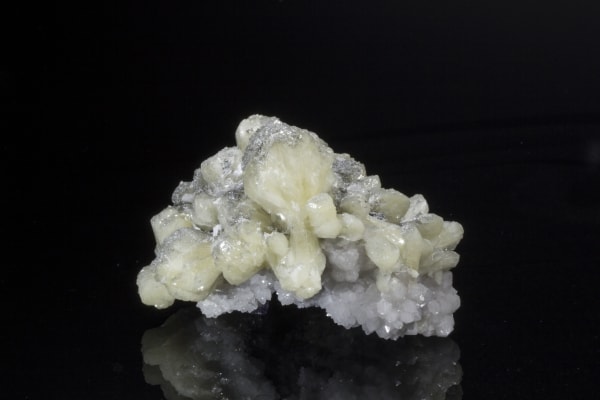 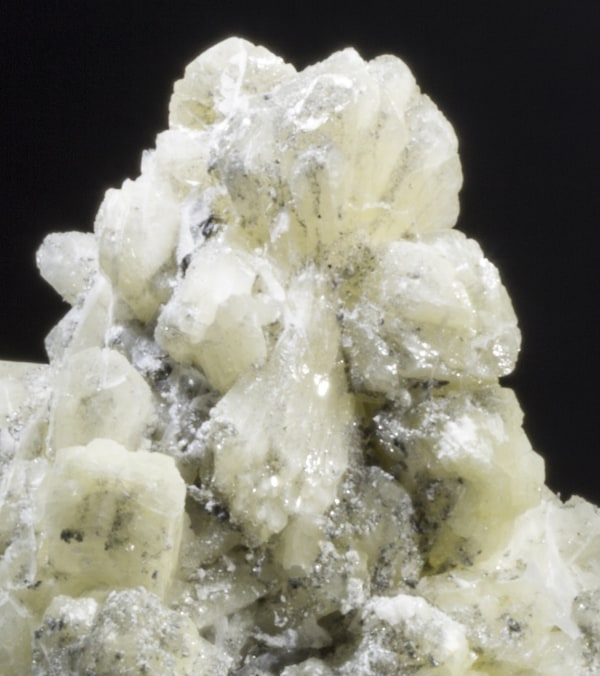 Yellow Stilbite over Quartz and Fluorite

A fantastic and large piece from a famous area with few specimens features a sizeable grouping of cream to light yellow stilbites. In 1995, the Naugatuck River flooded and a new railway had to be constructed. During this excavation, these unique specimens were found. Typically forming in tholeiitic basalts, these stilbites formed on mica schist and unusual associated minerals. The bottom of the piece features a beautiful flower of milky quartz. On the reverse bands of purple and green fluorite are seen under the stilbite, next to the mica schist matrix. In addition, a later mineralization occurred over the stilbites creating a gray dusting on some of the crystals. This appears to be galena under the microscope. Not only that, but this piece is ALSO accompanied by an old sticky note with “thomaston dam” and “Jim” scrawled on it. 🙂