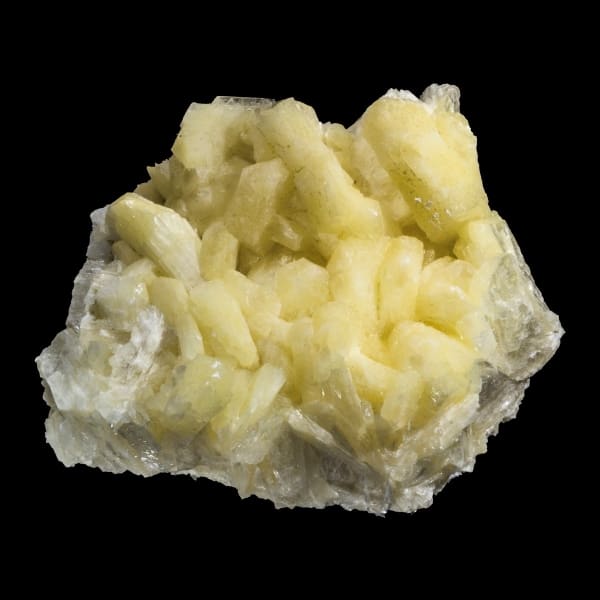 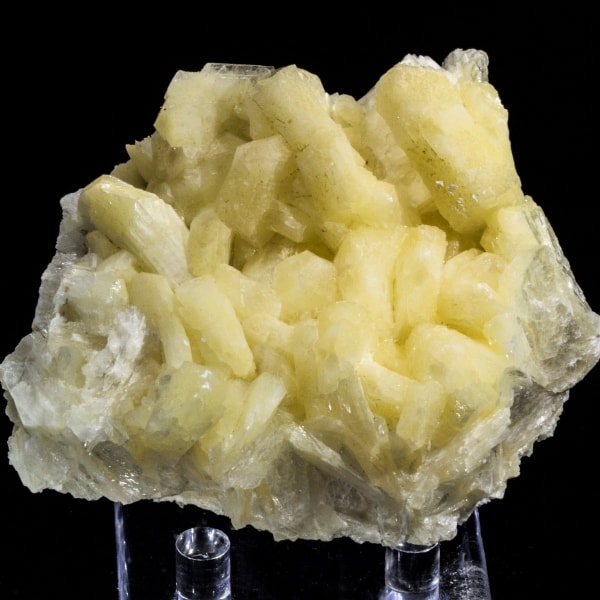 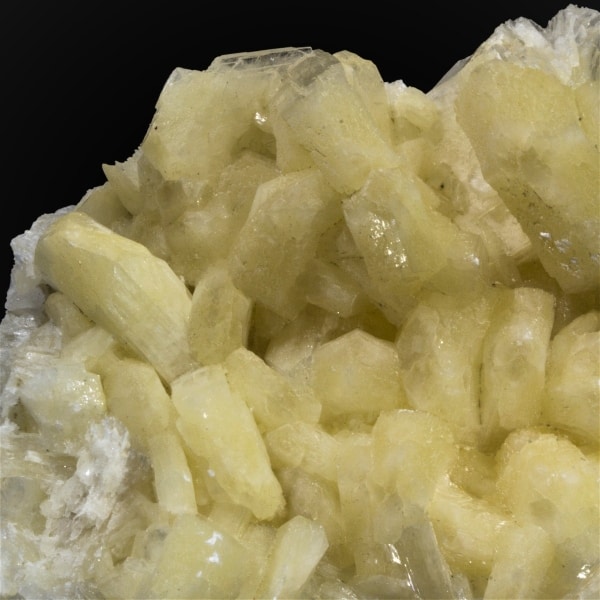 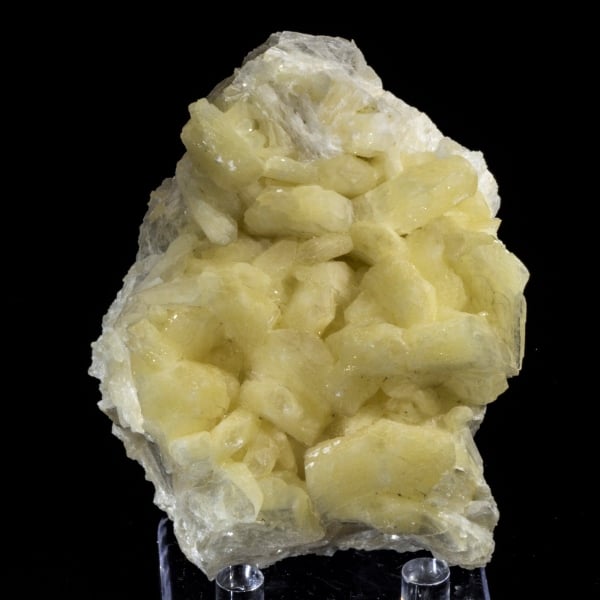 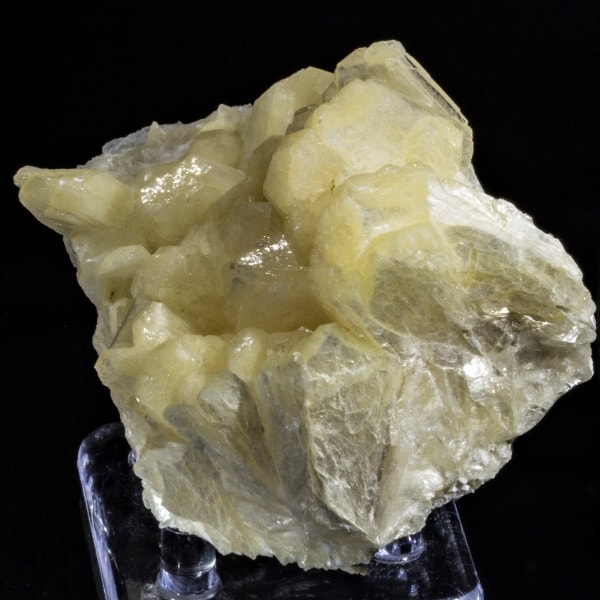 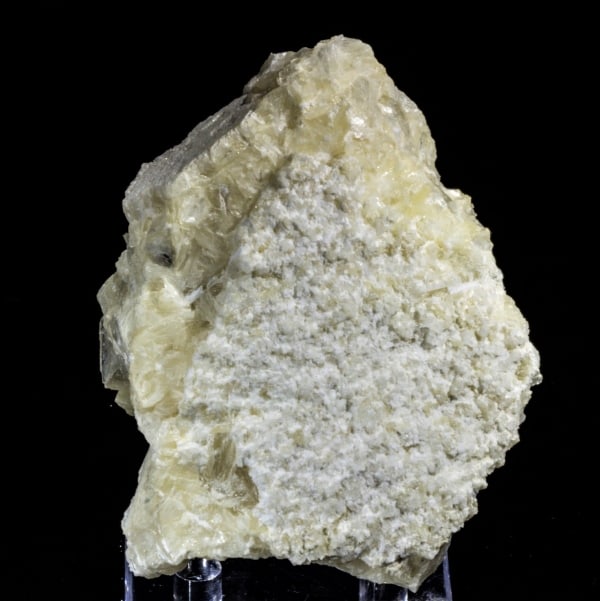 North Carolina known for its large crystals of yellow stilbite as well as other zeolites and prehnite.  This is an often overlooked locality for the quality of its stilbites. Well formed and vanilla to yellow colored, these crystals have seemed to form over an earlier stilbite formation. This appears like a mat of tiny, densely packed white stilbite on the piece’s bottom. This quarry is an large aggregated quarry and most collecting is done from large boulders, so most pieces have the broken edges on the sides.