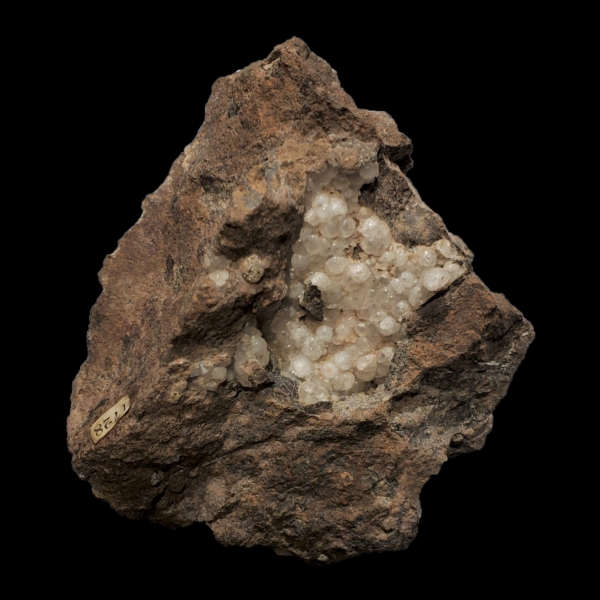 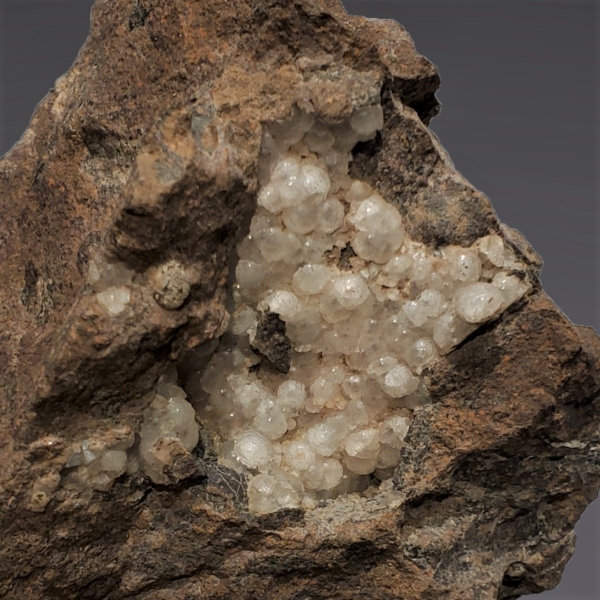 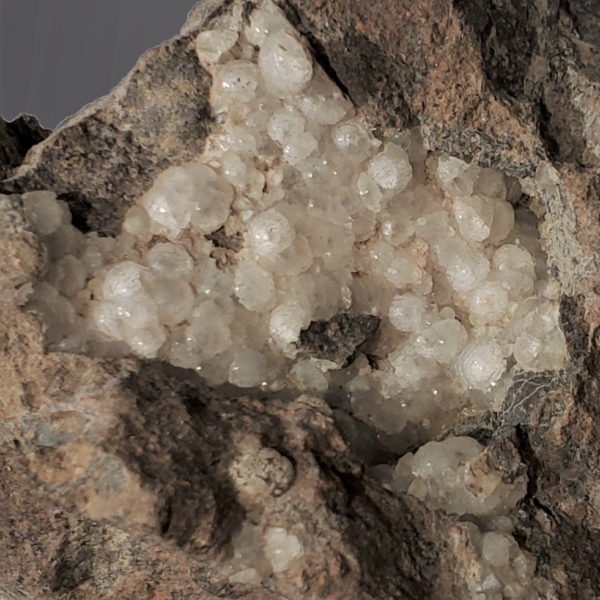 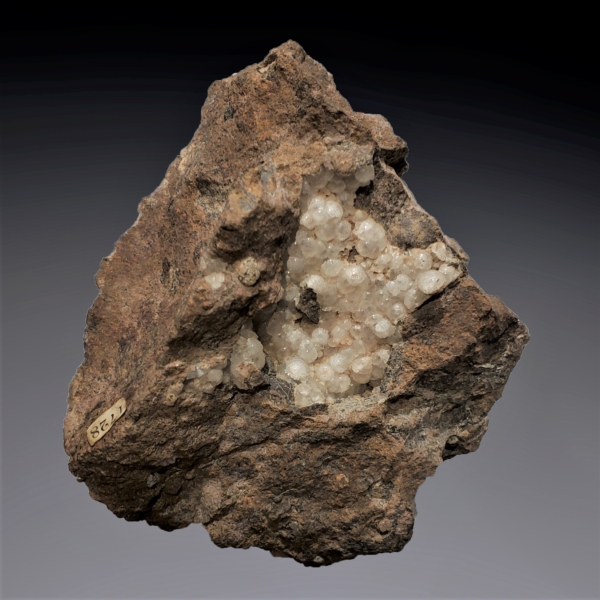 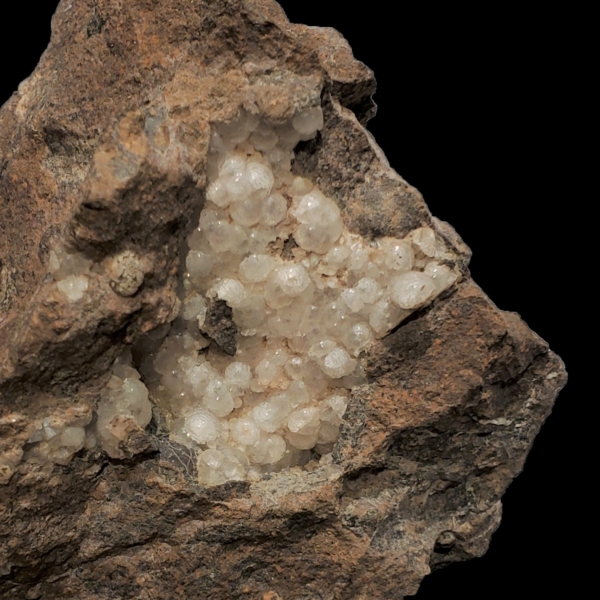 Pearly spherical radiating aggregates of stilbite arrange in a shallow vug in basalt matrix. Historically this form of stilbite has been deemed “Puflerite” after its locality Pufler Loch in Italy and consists of round “caviar” appearing groupings of calcium bearing stilbite. These are pretty rare and this habit of stilbite is formed nowhere else. This piece features quite large crystals. These rare pieces caused some confusion when they were first found and were thought to be thompsonite until further analyzed. The area is now a park and collecting is not possible so examples are only found out of old collections.