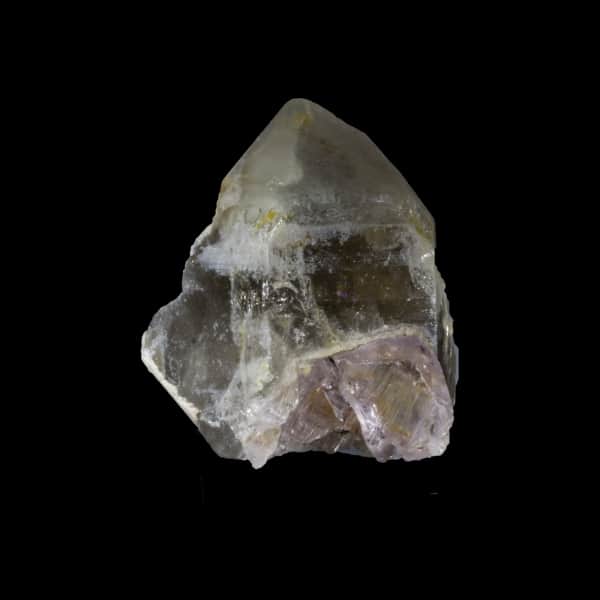 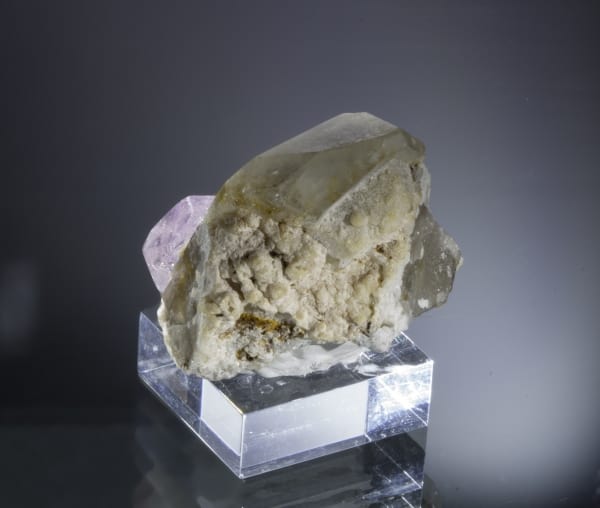 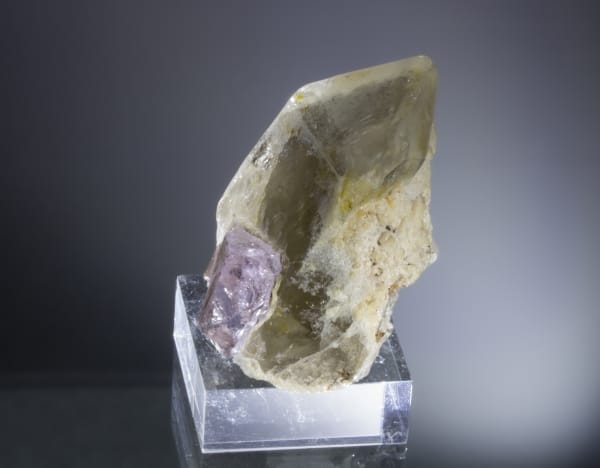 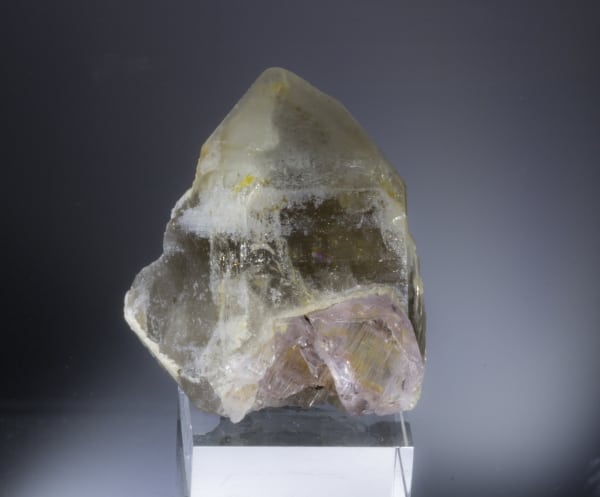 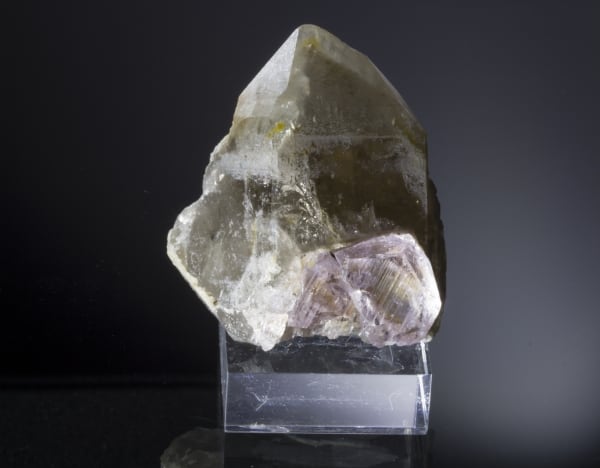 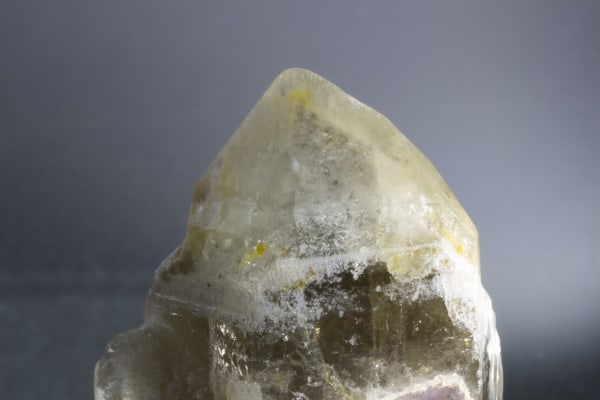 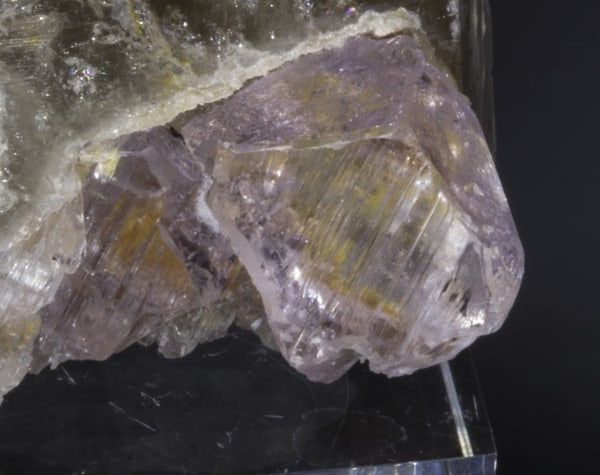 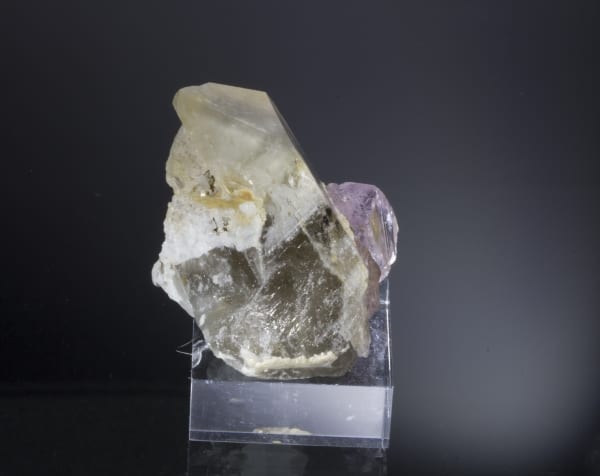 A really interesting and unusual specimen features a gem pink kunzite over a bizarre smoky quartz. The smoky quartz appears to have had an initial form of a gemmy light brown color which was topped by albite feldspar. Later, clear quartz formed a transparent layer over the front of this formation while leaving the back uncovered. From the front, the quartz has a well formed termination with a pointed feldspar phantom at its tip. There is a sharp demarcation into the body of the quartz which is a gemmy brown color. Over all of this, a gemmy pink kunzite formed, broke and recrystallized. The strangeness of this piece highlights the immense and dramatic changes that occurred in this pegmatite over the millennia.