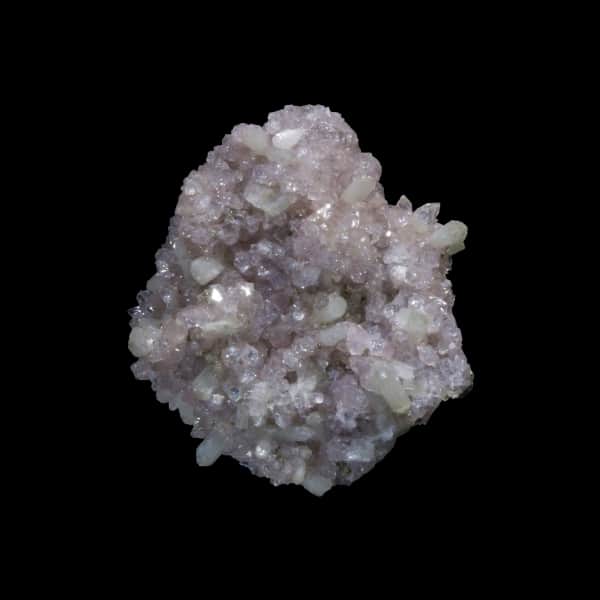 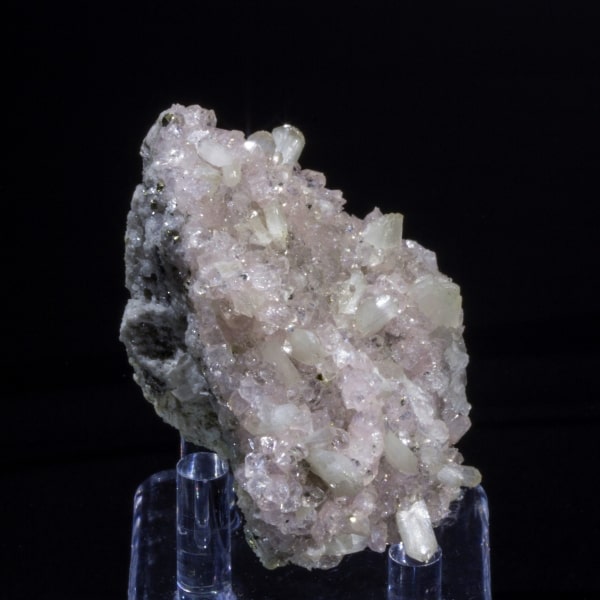 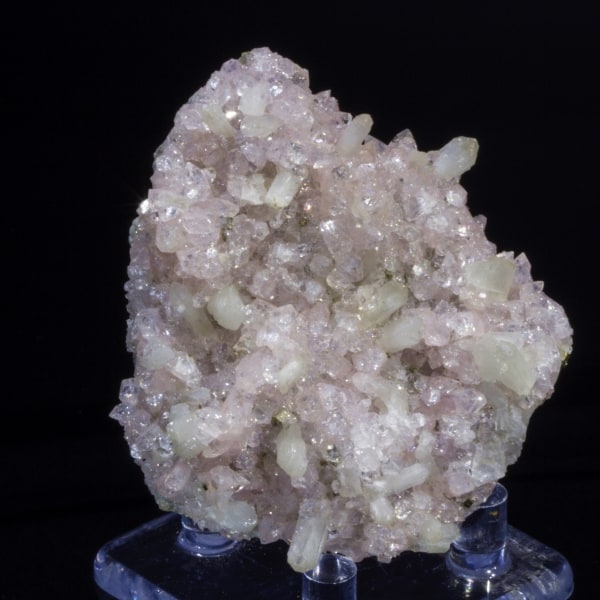 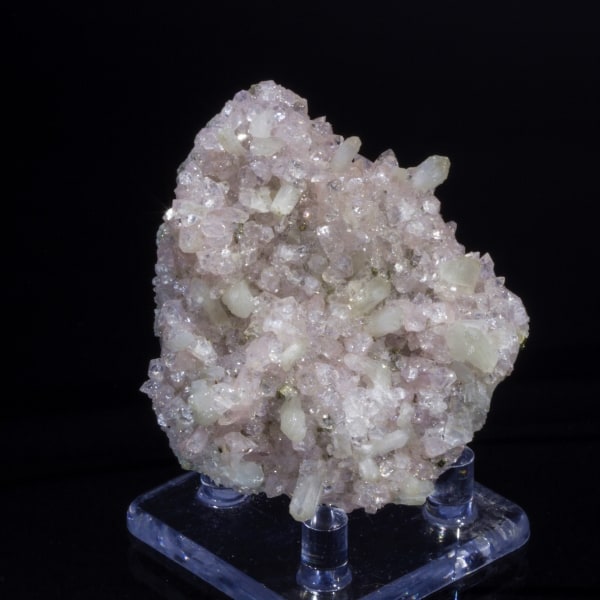 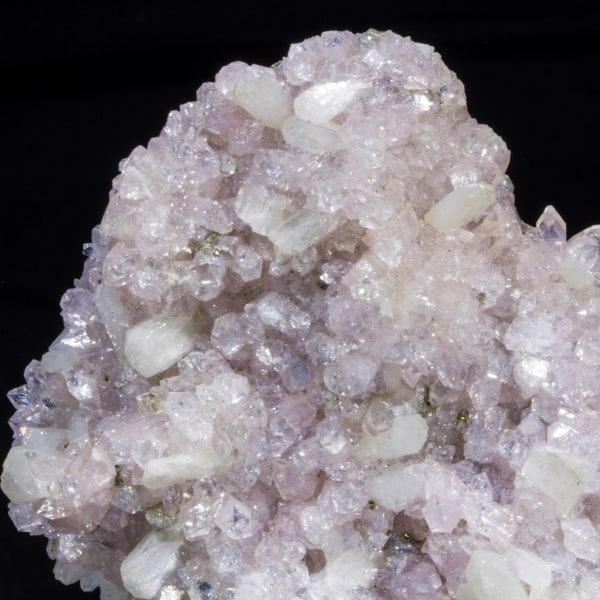 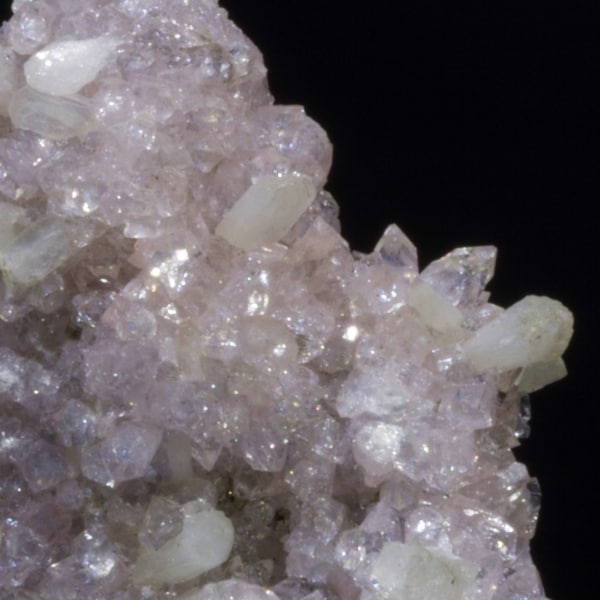 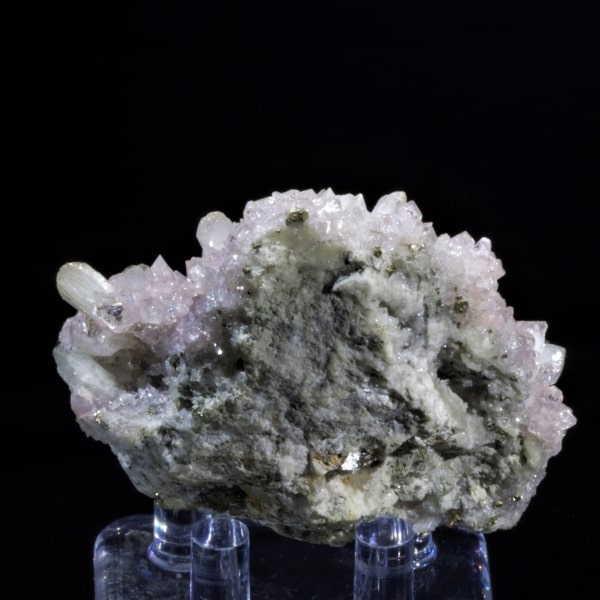 Gemmy and pale pink apophyllites interpopulate with white pearly stilbite for a really pretty piece. Only from one of the few areas in the world that produce pink apophyllite. Normally white or green, pink apophyllite has really only been produced in Germany and Zacatecas, Mexico. This piece has nice crystal coverage of the plate which also has tiny chalcopyrite crystals – mostly on the edges and on the back.

Rhodochrosite and Stilbite on Sphalerite and Chalcopyrite
Scroll to top