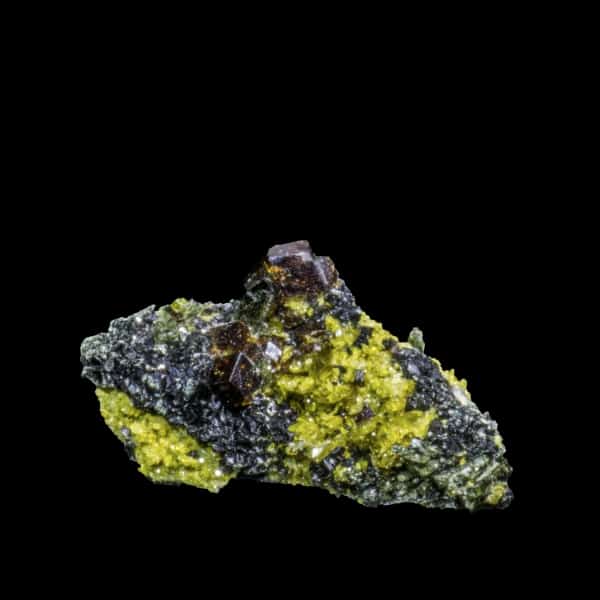 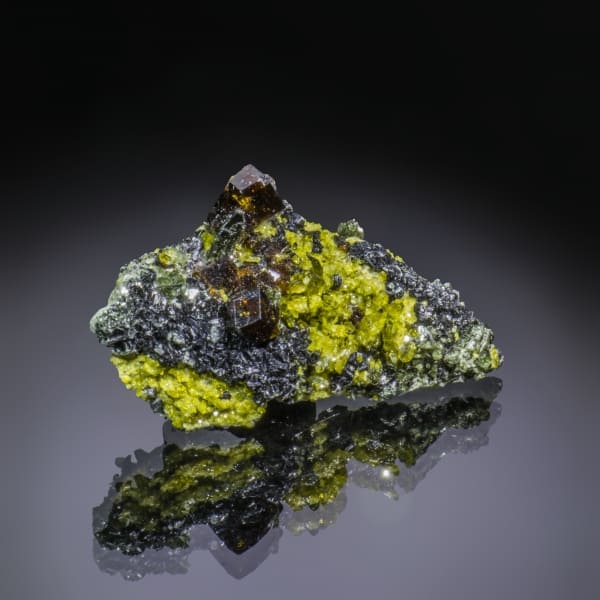 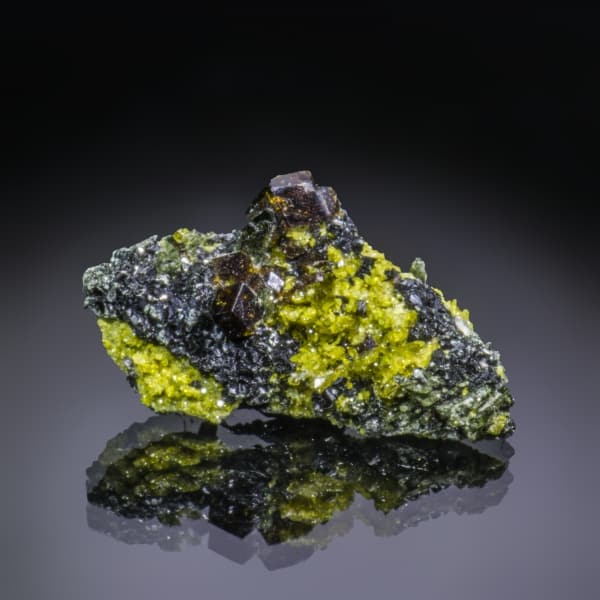 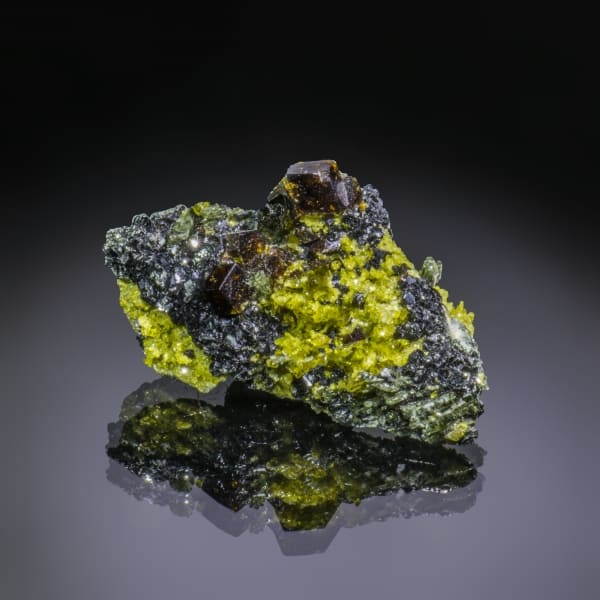 Pretty and sharp dodecahedrons of andradite garnet show a dark reddish brown color. They contrast nicely with the small apple green epidote crystals on which they have formed. This is a uncommon garnet association found in Afghanistan a few years ago that had very limited production. The piece is in good condition with a very small blemish on one of the garnet crystals.