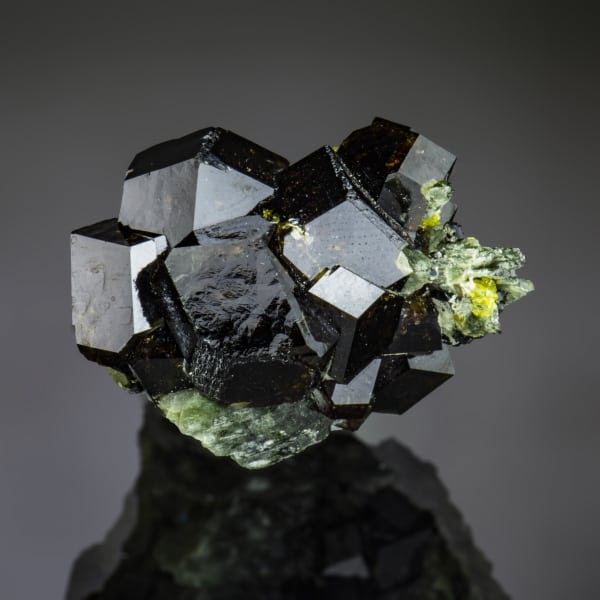 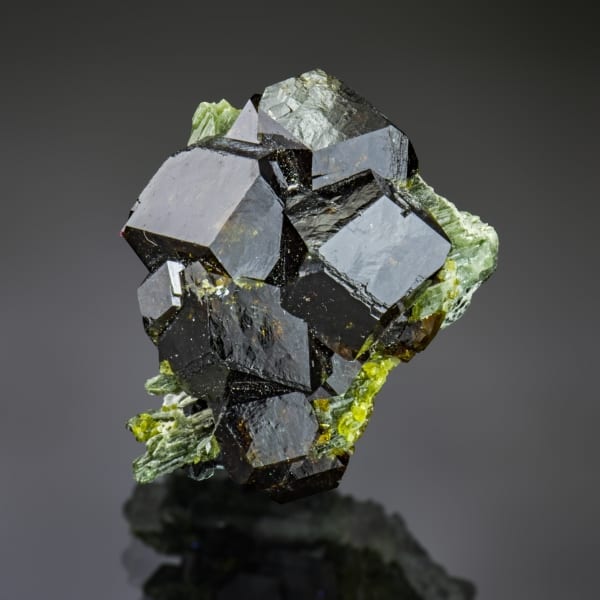 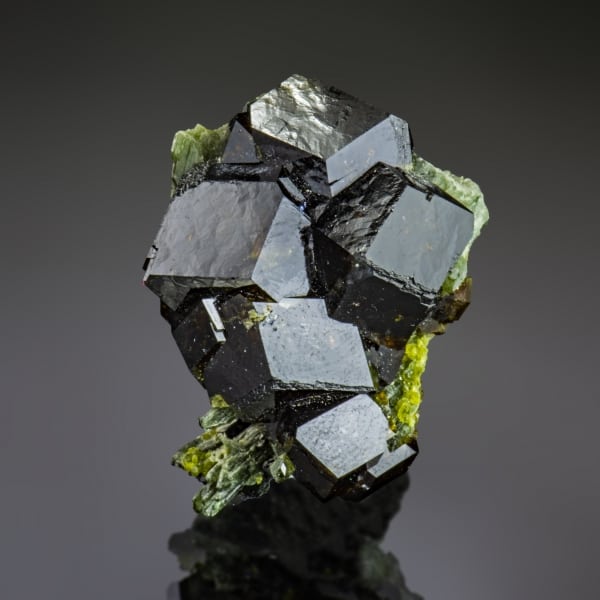 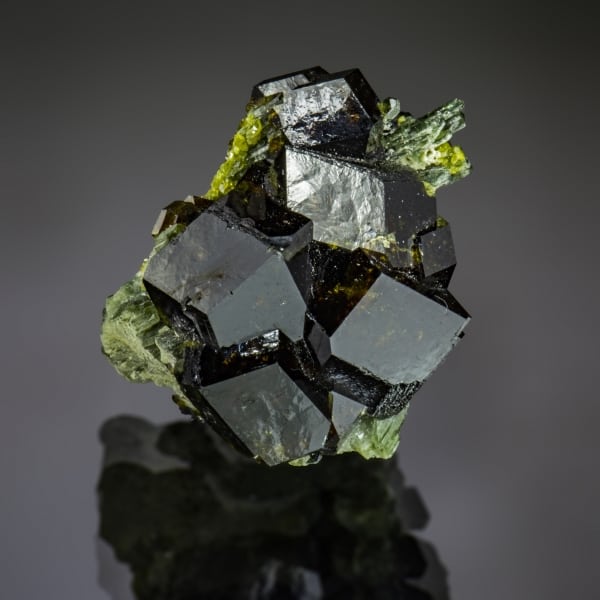 Lustrous crystals of andradite garnet have a reddish brown color and great luster in this nice toenail sized piece. The garnets have a small edge of beveling which has a selective texture compared to the smooth, almost melted look of the larger crystal faces. The crystals are overall very sharp, but show nice surface details (crystal growth patterns) that are not usually seen in andradite garnet. The deep color is contrasted nicely with bright green epidote which formed with the garnets. There is no damage, but one of the side crystals is contacted. These garnets come from an area of high mountains situated between Afghanistan and Pakistan. There has been confusion in the past as to the locality for these garnets, but this has been clarified by regional expert Dudley Blauwet.