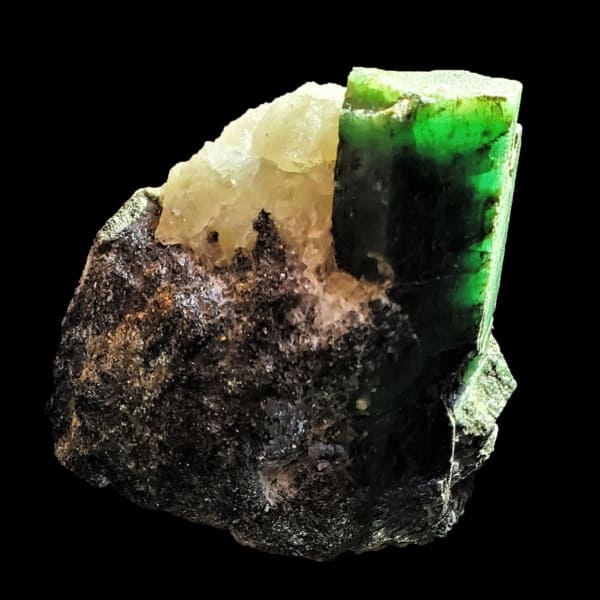 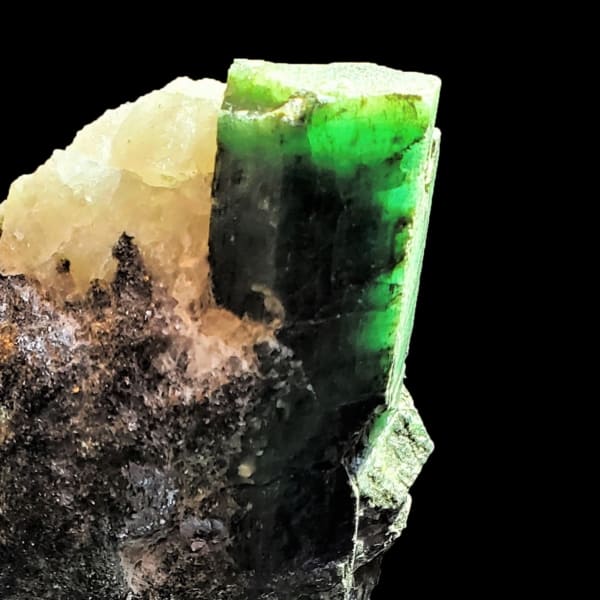 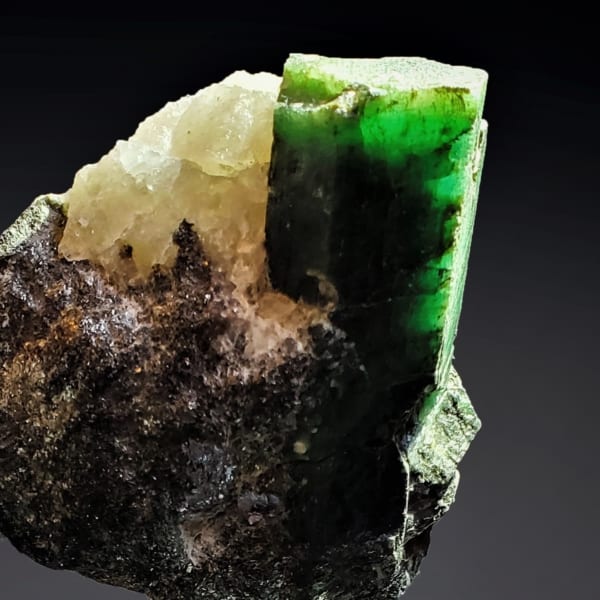 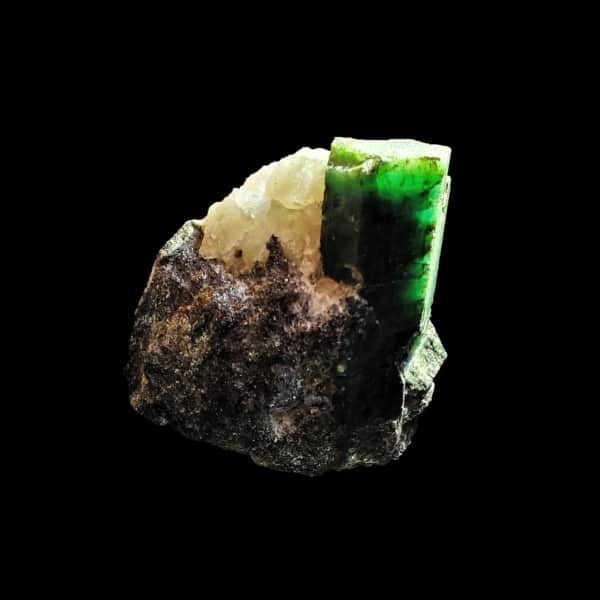 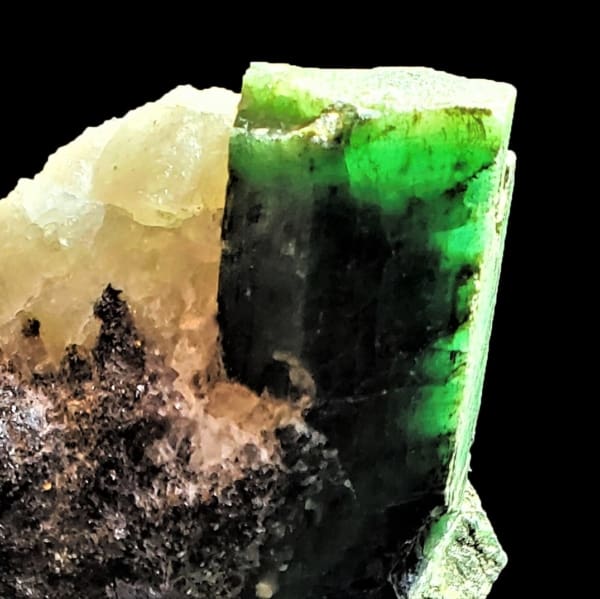 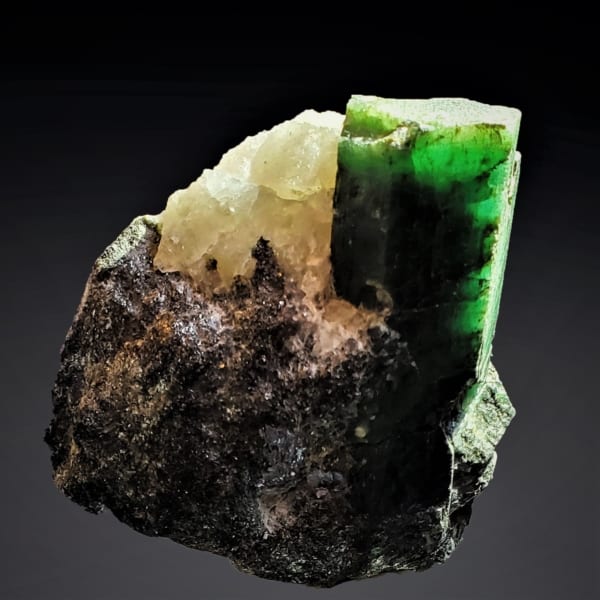 Emerald with Quartz and Biotite

From the world’s largest emerald mine, this is a sizeable specimen of terminated emerald. The emerald is a single crystal that has been interrupted in its growth by quartz, which lead to the formation of two separate terminations. It is dark green and opaque except for some nice translucency at its edges and terminations. It has formed in a block of quartz and biotite schist. There are small areas of edge wear and the quartz is a massive type and this was extracted from the mine so it is not terminated. Overall, this is a large and showy example of emerald which are difficult examples to collect due to its rarity and sky high value as a gemstone.