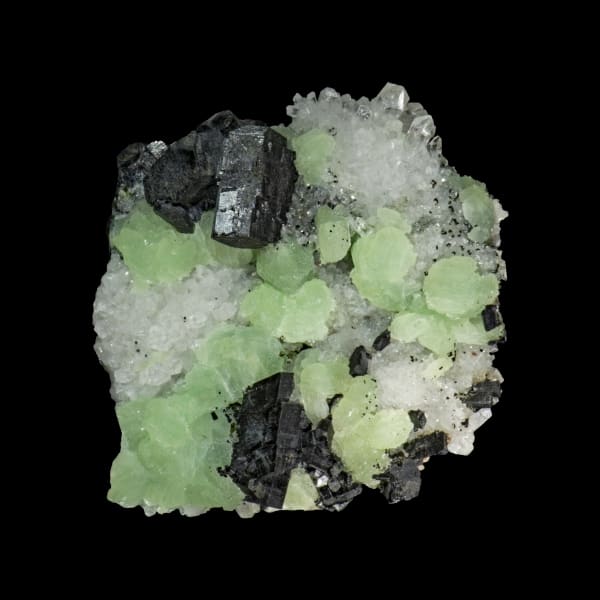 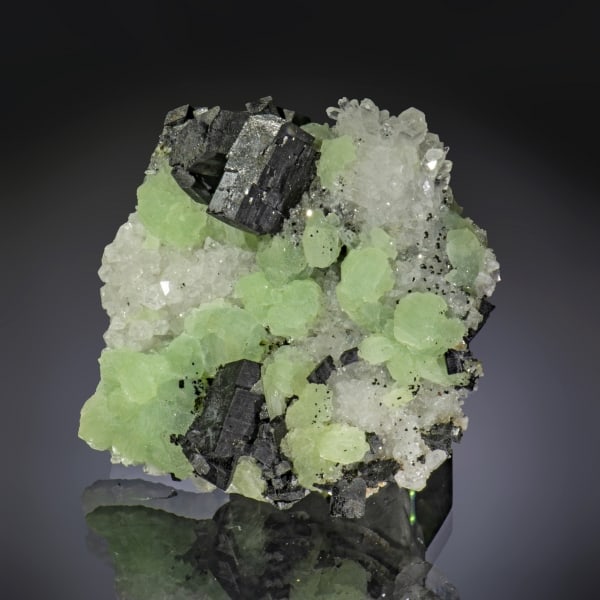 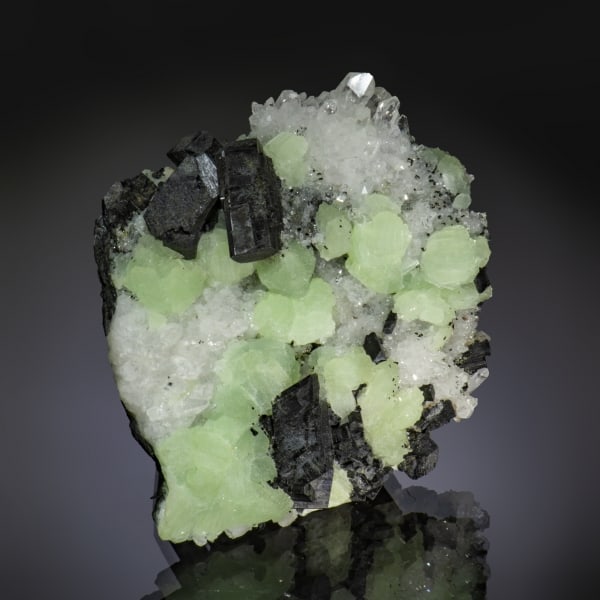 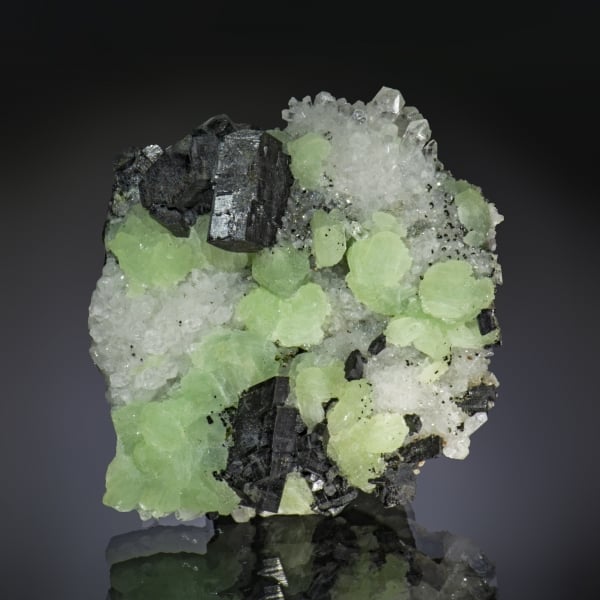 Babingtonite and Quartz on Prehnite

A pretty piece of the rare silicate babingtonite rests with lime green prehnite and flower formations of small clear quartz.  This piece resembles the popular epidote and prehnite specimens from Mali.  But this is actually multiple habits of the dark green to black babingtonite from China. This mineral species forms in larger vesicles and cavities within Emeishan flood basalts, that extend many kilometers along the Yangtze River, within the Qiaojia County in China. This area is known for the best crystals and specimens of this species. In addition to the complex double terminated babingtonite crystals, there are pretty green rounded aggregates of prehnite and gemmy quartz crystals. These separate the darker babingtonite crystals with areas of bright green and sparkling white. Some of the quartz crystals are incomplete, but overall this is a great combination piece with attractive features.