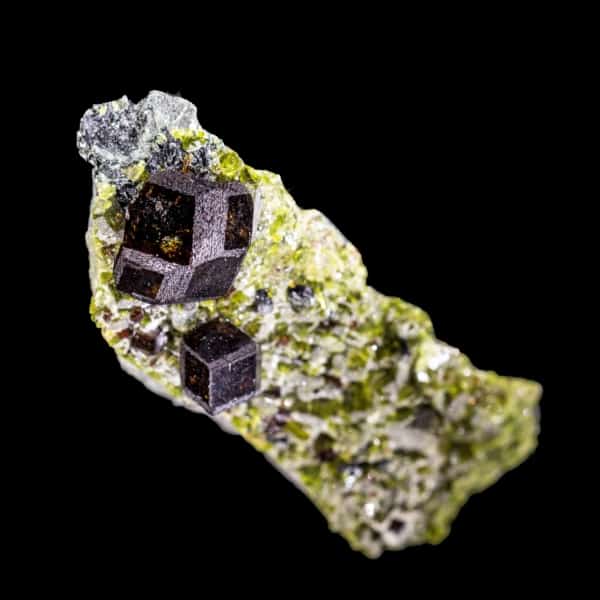 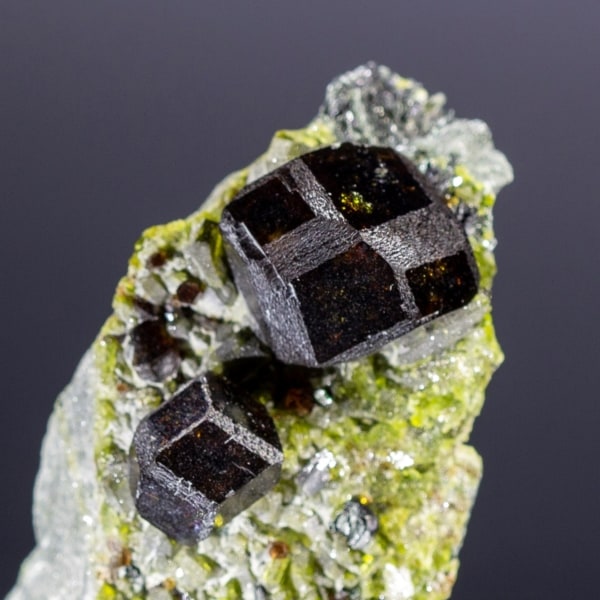 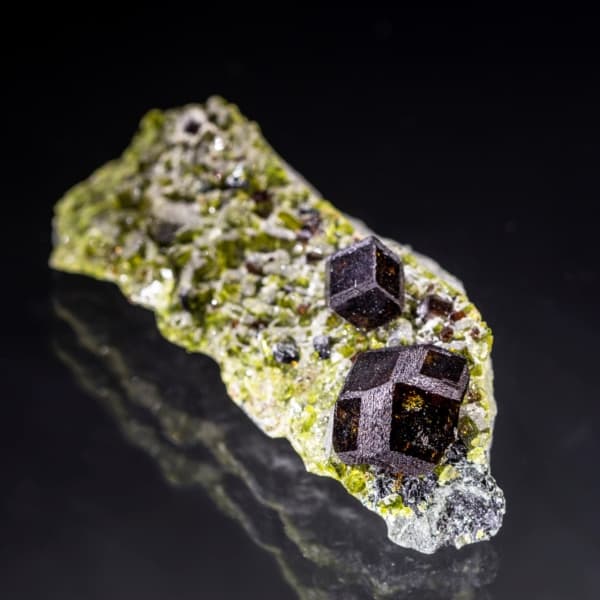 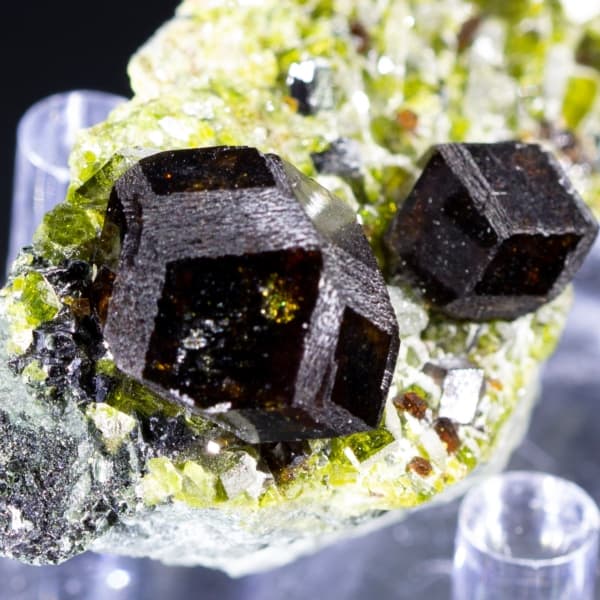 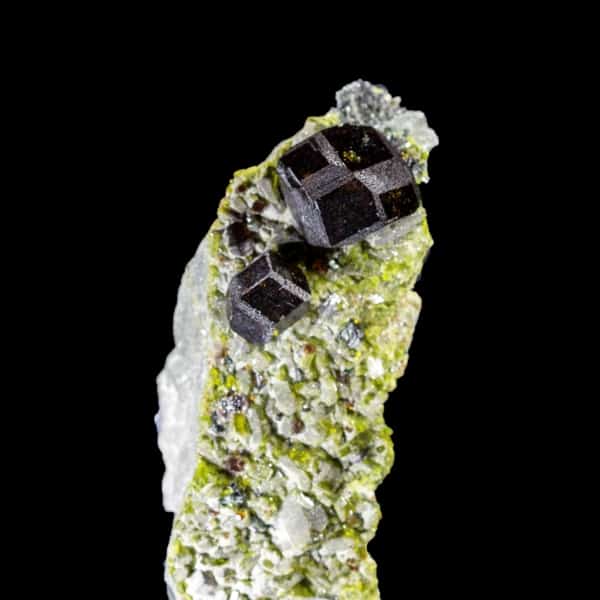 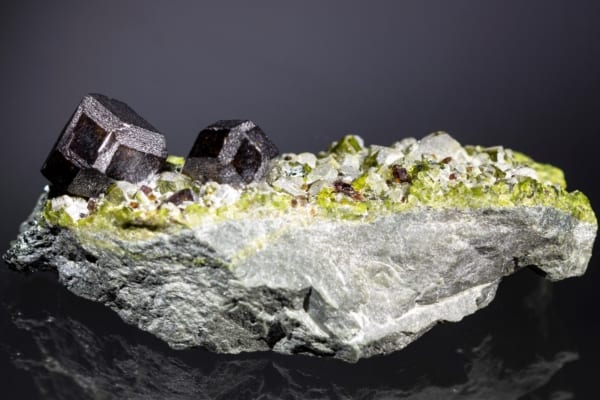 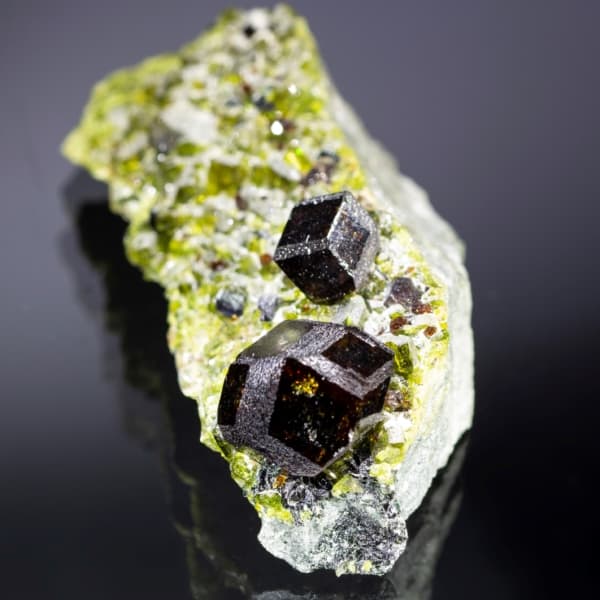 A very high quality andradite garnet shows superb extra crystals faces (or bevels) which highlight the exquisitely formed garnet. The main crystal is nicely isolated on top of a matrix plate lined with tiny green diopside crystals and tiny orange andradites. There is a second, smaller beveled andradite crystal slightly down the plate. The extra crystals faces show such fine polysynthetic twinning that they almost appear metallic compared to the orange-brown of the flat faces. A (better than!) textbook example of a type of garnet that is not usually anywhere near this pretty!

Fluorite and Sphalerite with Chalcopyrite and Barite

Peach Stilbite on Blue Chalcedony with Calcite
Scroll to top