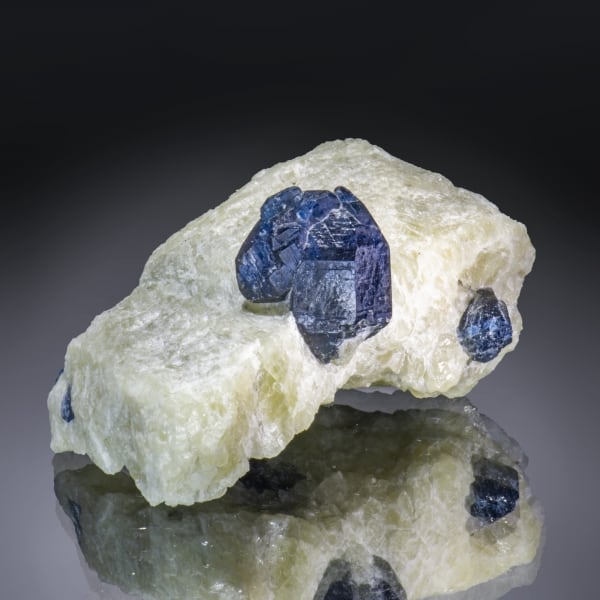 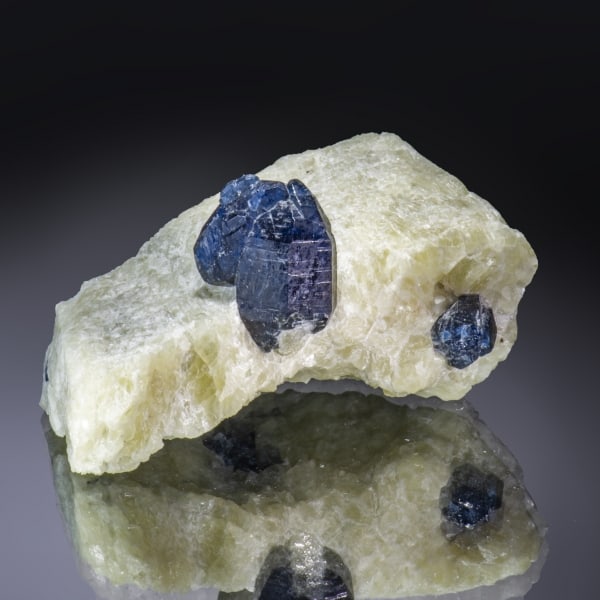 Two intergrown crystals of afghanite are perched beautifully and are intergrown on their pale marble matrix. Afghanite is a rare member of the cancrinite (feldspathoid) group and usually crystallizes indistinctly with rounded edges. These intergrown crystals are very sharp for the species and are exceptionally gemmy, especially at the terminations.. The crystals also show a good candy-like luster, a feature often compromised by a dusting of silica rich material which usually partially coat the outside of the crystals. The crystals are both doubly terminated and without damage. The marble has been worked to reveal the calcites and there is an area on the marble where an additional crystal is missing, which is visible, but not distracting to the overall aesthetic.